Tax laws and regulations impact member businesses in numerous ways, and as taxes are a primary source of federal revenue, Congress is always tinkering with tax policy and regulation, no matter which party is in charge. Individual income taxes, which include sole proprietorships, partnerships and S-Corps (pass-throughs), account for over fifty percent of revenue. In 2019, corporate (C-corp) taxes were seven percent of revenue.

View our latest resources on this topic

In the first years of the current administration, the Border Adjustment Tax on imported products (about 20%) was viewed as an all-purpose solution to the so-called trade imbalance, while also raising significant revenue. There were also real concerns during negotiations over the Tax Cuts and Jobs Act of 2017 legislation that the individual tax rate, and its inclusive businesses, would not see a significant rate cut, as a means of balancing revenue shortfall from a major cut in the corporate rate.

The Auto Care Association mounted a vigorous offense against the Border Adjustment Tax, joining other like-minded trade associations to become founding members of the Americans for Affordable Products Coalition, and lobbied continuously on Capitol Hill against it. The association also fought to provide tax relief to the thousands of industry businesses organized as sole proprietorships, partnerships and S-Corps by joining forces with the Coalition for Fair Effective Tax Rates to ensure their benefitting from the Tax Cuts and Jobs Act of 2017.

Fortunately, the concept of a Border Adjustment Tax was eventually dropped as a provision of the impending tax reform. Industry businesses that are organized under the Individual tax rate did receive a tax rate reduction but it is largely based on a pass-through business income deduction provision that expires in 2025.

These were only two examples of tax issues that the association has engaged on. The government affairs team is constantly monitoring legislative and regulatory proposals on tax policy as it impacts the industry.

How This Impacts You

The Border Adjustment Tax would have had a major impact on member profitability throughout the supply chain, and raised the annual cost of vehicle maintenance and repair in the U.S. by over $200 per family according to industry data. The pass-through business income deduction provision expires in 2025 and if allowed to stand will raise the tax rate for pass-throughs by approximately 7 percent. 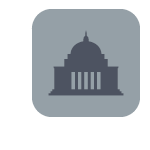 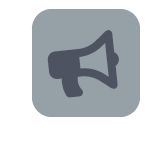 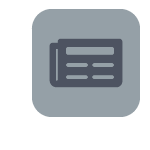 In the News
Auto Care Urges Congress to Stop BAT